No April fools, Gov Brown ramps up water restrictions due to drought 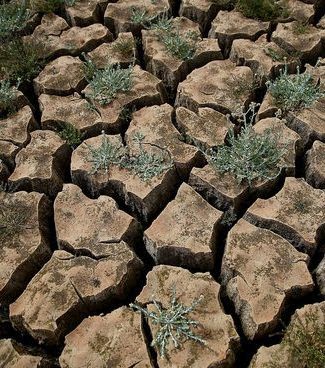 Yesterday was no April Fools, Governor Brown is finally starting to get serious about regulations in the midst of California's dire water situation.  The flurry of press activity yesterday, including this detailed article in the NY Times outlines the now mandatory restrictions against excessive water use in California.  The question now becomes, is this action too little too late?

OCR has long been critical of water policy in CA, with limited / no restrictions on ground water usage and lax enforcement of existing water use policies in a state where 70% of water usage is for landscaping.  Yes, you heard it right, LANDSCAPING!  This older OCR blog post from last year explores this issue deeper.

For residents of Orange County, you should be on the look out for several things.  First, the local government is going to want to pay you to take out your lawn.  Riverside already has "cash for grass" programs in place, and I would expect this model to go statewide.

Second, I would expect water wasting enforcement to go up.  This means citations for those who refuse to learn how their sprinkler systems work and let them go off in the late morning / early afternoon hours when most of the water then just evaporates (and when local government workers are on the beat).  Ignorance will no longer be bliss in the "how to operate your sprinkler system" department.

Last, since the main mode of communication to the public about their water usage is their monthly water bill, I would expect the rhetoric about the state's water situation to get ramped up in your monthly mailer.  You may start to see more charts comparing your usage to your neighbors in an attempt to shame you into a more conservative water user.  If that doesn't work, the we may start seeing tiered pricing for water to penalize overuse.  Some cities, like Santa Monica, are already talking about personal water restrictions, as reflected in this recent YouTube video.  Outright price increase will likely be a last resort, as increasing the price of water can have a disproportionate class effect, with the poorer water users suffering disproportionately to the richer water users.

It will certainly be interesting to see how this situation develops as we get into the dry months, and certainly if the upcoming winter is another dry one.