Art + Renewable Energy = LAGI, are you ready to compete?! 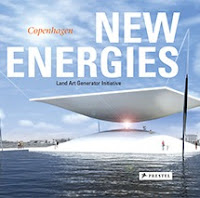 Simo takes a minute to explain in depth what the Land Art Generator Initiative Competition (LAGI), going on right now (applications due in May) and focused in Santa Monica for this year is all about.  Could you be the next big winner in this the-mother-of-all-clean-tech-architecture-design-competitions?:

The LAGI 2016, Land Art Generator Initiative, is a landmark initiative that has brought together artists, architects, scientists, landscape architects, and engineers in a first of its kind collaboration. The goal of the Land Art Generator Initiative is to design and (perhaps) construct a series of public art installation that uniquely combine aesthetics with clean energy generation. The works serve to inspire and educate while providing renewable power to thousands of homes around the world.

The idea for LAGI first came from Elizabeth Monoian and Robert Ferry in 2009 during a trip to Dubai. After leaving Pittsburg, the LAGI founders were impressed by the plenitude of energy resources in the United Arab Emirates even if this city relies essentially on fossil fuels and is among the least sustainable cities in the world.

By fusing art and energy, the LAGI main’s goal was to come up with new forms of public arts that would solve today’s most pressing problems, global warming and pollution, in an artistically relevant way. Art has an important role here as it can contribute to the aesthetic of the renewable energy installations which are often not considered terribly appealing. Aesthetics is a big deal for some potential renewable generation owners.  A recent Dallas Morning News article characterizes a resistance movement  to “ugly” solar panels as visual pollution.  (Source).

For 2016, Ms. Monoian and Mr. Ferry encourage creative people to submit their ideas and projects for large-scale and site-specific public art installations that generate carbon-neutral electricity and drinking water for the City of Santa Monica, California. LAGI jurors have been consistently impressed by the innovation and the creativity that the participants show to the public and this year is shaping to be no different.

In previous years the competition has focused on cities such as Dubai/Abu Dhabi, New York & Copenhagen.  Entries to the competition has been growing since 2010, registration is free and the best two teams are rewarded with cash prizes. The requirements and guidelines for every team include the fact that the installation should be a three dimensional form that has the ability to stimulate and challenge the mind of the viewer and attract him on every level. In addition to this, the installation must not exceed 80 meters in height and has to be safe to people who view it on the Santa Monica Pier. More guidelines and specifications can be found on the LAGI website here.

LAGI is excited this year to have an expert and interdisciplinary panel of jurors including Senator Ben Allen, Mr Kevin McKeown (Mayor of the City of Santa Monica), Mr Craig Watson (Director of California Arts Council) in addition to many qualified people. They will judge each team on their adherence to the design brief, the integration and sensitivity of their work and how efficient their installation is. 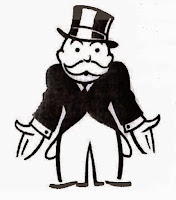 Back on March 19, 2015, we posted an OCR blog post on the unprecedented price erosion in oil.  It closed that day at $43/barrel.

Fast forward a little less than a year, and oil producers are begging for $43/barrel oil as the price closed today just a hair above $30, with some analysts betting it could get as low as $20!

So why is this happening?  The short of it is that no one who plays in the global oil business is willing to give up market share.  Many are more willing to draw oil out of the ground and sell it at a loss then risk losing their chunk of the market.

This is doubly true for nation-state producers with no other notable economics activity, like Saudi Arabia and Venezuela.  In these places the stability of their entire political system depends on selling oil and using the proceeds to subsidize everything for their citizens.  OPEC (which is largely run by Saudi) has basically stated it is ready to hold production (thereby keeping a glut of supply, unless demand somehow magically ramps up) until 2018.  By then many of the US producers wont have a choice but to declare bankruptcy.

How does this all affect solar you might ask?  It really doesn't.  Solar is much closer tied to natural gas prices and policy.  Natural gas is already basically free in most of the country, and solar is competing quite nicely.  And on the policy front solar got a big gift from the Feds in December when the ITC was extended and clarified until 2022.

2016 California Solar Incentives - What you need to know 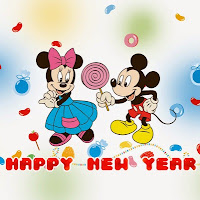 With another year come and gone, the time is now to focus on the future!  2016! And with changes abound in the incentives structures for solar, OCR felt it a great first assignment for our new Associate Simo Yezrour was to publish an article concerning what you need to know about going solar in California in 2016.  Without further delay!:

Today, power from the sun is the fastest growing source of energy in the US. The country already has enough installed solar capacity to power nearly 4 million homes (out of about 85 million total in the US) and progress continues as there are still many incentive programs helping lower the cost of solar systems for consumers.

In California, the solar business continues to show strength. How so? The combination of yearlong sunshine with layers of supportive solar policy continues to encourage more business and consumers to go solar.

Furthermore, the CA carbon reduction plan is expanding, the average photovoltaic system price continues to fall and incentives continue to allow businesses and homeowners to save on their bill with solar.  It is projected that 2016 will see an additional 1,940 MW of solar installed in California, which is by far the largest installed capacity in a single year, growing the total capacity by about 20% (from ~ 10 GW today to an estimated 12 GW)

What does this mean for YOU?:

At the Federal level, the Database of State Incentives for Renewables & Efficiency (DSIRE) contains many grant and loan programs for the residential sector in California. The most known of them all is the Residential Renewable Energy Tax Credit incentive also known as the ITC, that has recently been extended by the congress, with a gradual step down of the credits between 2019 and 2022. The solar system must be placed in service before December 31, 2021 to be eligible.

The ITC states that a taxpayer, either a professional or individual, may claim a credit of 30% of qualified expenditures for a solar photovoltaics or a solar water heating system that serves as a dwelling unit, located in the United States to be owned and used as a residence by the taxpayer.

The Investment Tax Credit has been the main Federal policy mechanism supporting deployment of solar systems all over the US. Before the recent policy decisions for the future of the ITC, modeling conducted by IHS Technology, a global energy analyst, prior to the extension of the ITC, forecasted that U.S. solar installations would have reached nearly 17 gigawatts in 2016 driven by the rush from developers to finish projects ahead of the December deadline. This would then lead to a drop to just 6.5 GW in 2017. The jury is still out on the effect of new ITC legislation on planned 2016 projects, but it is safe to say the pressure is off to get projects completed in 2016.

The Federal ITC provides tax credit for expenditures on newly installed solar systems.  Expenditures include labor costs for on-site preparation, assembly or original system installation and piping-wiring to interconnect a system to the home. If the federal tax credit exceeds your 2016 tax liability, the excess amount may be carried forward to the succeeding taxable year.

Advantages of installing these systems include a non-limit credit if your system is installed before December 31st, 2021. In addition to this, the home served by the solar installation doesn’t need to be the taxpayer’s principal residence. However, heating swimming pools and hot tubs using water-heating systems won’t provide you extra tax credit as well as some other conditions that apply to these properties.

Other DSIRE Federal programs are expiring by the end of 2016. Most of these incentives are Energy Rebate programs that provides a cash rebate for customers planning to install new solar systems. They are all provided by local utility companies like SoCalGas, SCE, PG&E, SDG&E and depend on the solar capacity installed on your roof.

All these rebates can be found on the Database of State Incentives for Renewables at: http://www.dsireusa.org/

Benefits at the state level are led by the California Solar Initiative(CSI), a solar rebate program for California consumers, provides upfront cash incentives. In aggregate, these incentives are worth more than $2 billion to customers installing photovoltaic and electricity displacing solar thermal systems. CSI benefits are available within the service areas of the three major California investor-Owned Utilities service territories: Pacific Gas and Electric Company, based in the Bay Area, California Center for Sustainable Energy, based in San Diego and finally Southern California Edison Company, based in Rosemead. CSI incentives, combined with federal tax incentives, could cover up to 50% of the total cost of a solar system.

Depending if you have a single-family or multi-family house, the incentives amounts differ. The Affordable Solar Housing Program offers rebates based on the size and performance of the system installed. The incentives range from $1.90 – $2.80 per watt depending on whether common area load or tenant load is offset for multi-family house. On the other hand, the single-family house incentives amount depends on your income level and your program eligibility. The DSIRE page has all the information you will need about CSI as well.  CSI is also running until the end of the 2021.

On the municipal / local level, green building incentives and rebate programs exist for many cities including high profile programs in Santa Monica, San Diego, San Francisco & Los Angeles. For example, the Property Assessed Clean Energy (PACE) financing program allows homeowners in SoCal and the Bay Area to borrow money for energy improvement projects which are repaid through their property taxes. It is administered by the FIGTREE Energy Financing that also finances a variety of renewable energy and energy efficiency products. Click the link here to see if your city is participating.

Overall, the ITC has been largely responsible for the over 1,600% YoY growth in CA solar installations since it was implemented in 2006.  The Dec, 2015 decision to clarify the ITC for solar until 2022 will no doubt has a very positive effect on the stability of the industry in the US and, by proxy, the world.