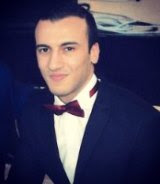 OCR is very pleased to have Simo Yezrour joining our staff as an Associate until March, 2016.  Simo recently spent 4 months at ASES headquarters in Boulder, CO helping the mother ship.

After visiting SoCal during the 2015 Solar Decathlon in October (where, if you remember, we had record temps and full on beach weather), Simo decided to spend his last two months in the states in the OC helping OCR to better connect with local SoCal solar installers, help grow OCR & ASES membership, contribute his own blog article series and help organize a late Feb, 2016 meet up, which we will have more information on shortly.  We may have neglected to tell him about the 40 deg temps we've been having recently.  Our mistake.

After his time here Simo will return to France to finish his degree in Power Engineering before starting a Masters program in the same course of study.  Simo can be reached via email at syezrour@ases.org. 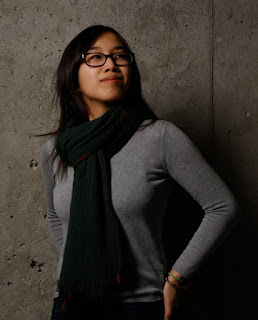 On November 17th 2015, I had the honor of discussing the gender gap and the under-representation of minorities in STEM at CSULB’s Department of Engineering, after screening the documentary CODE: Debugging the Gender Gap.  For those who have never heard of this film, I say run, don’t walk to the nearest screening! In my opinion, Director/Producer Robin Hauser Reynolds and her team did an incredible job of exposing the current realities of women and minorities in STEM fields while offering ways to facilitate change, without “preaching” or making anyone wrong in the process.

Viewing this film affected me deeply, as it exposed how I too had bought into the ideology that I could not pursue a career in STEM, or that certain fields were designated for men.  I too had been excluded by my guidance counselors.  I did not even know that Computer Science was an option. This opened my eyes to the hard and painful truths behind my extreme competitive nature while growing up, striving to be “as good as a son” to my father and looking into my own experience as a young Korean Canadian. Divine synchronicity brought Eden Full Goh to my attention and being a feminist and optimist for humanity, prompted this article, the first of a blog series highlighting and commemorating the fearless, modern-day, trailblazing women in STEM who have acted "in spite of any odds" or expectations.

Eden Full Goh, a young Asian-Canadian inventor, mentor and entrepreneur, has been fearless since a young age. At 10 (in the days and age when a school research project would actually require a trip to the library), a young Full Goh borrowed a book that would change her life forever.  It was a book that taught her how to build a small solar-powered car.  After building that car, she starting off on a journey that would challenge the status quo. Despite growing up in Calgary, a Canadian city entrenched in the Oil and Gas industry, Full Goh staying true to her values, dared to be different and continued exploring practical ways that solar energy could change the world for the better. She developed a non-electrical mechanism to rotate solar panels – called solar panel tracking – for a 11th grade high school science fair project, which received grants, an internships and provided opportunities to work directly with elite professors.  Inspired by this initial success, she decided to continue her research into low-cost solar trackers.

In part because of her solar research, Full Goh was admitted to Princeton.  While at Princeton, she recognized the call of entrepreneurship and that helping to solve the most pressing problems the world is faced with would require her full attention. She opted to leave Princeton and become a member of the prestigious Thiel Fellowship’s inaugural class to focus on her research, which eventually culminated in a low-cost solar tracker called the SunSaluter.  Education, especially from an Ivy League institution, is one of the greatest achievements for traditional Asian parents.  It acts as arsenal to prove their child is the smartest of them all.  I say this because it is important to stress how much courage it took for Full Goh to make this choice, a choice that has since led to many achievements including being named Forbes 30 under 30 (Energy Category) for three years running, a US Chamber of Commerce IP Champion and Ashoka’s Youth Social Entrepreneur of the Year, just to name a few.

Fast forward to today, where SunSaluter is a full-fledged not-for-profit organization with numerous highly acclaimed awards and prizes under its belt, a presence in 16 countries around the world and has already impacted over 8,000 people to date.  Recently, SunSaluter chose to open-source the technology behind the SunSaluter, as Eden and her team recognized that the impact across the developing world would increase exponentially by doing so.

Eden Full Goh is my modern day “Mulan”, unabashedly brilliant and courageous, with the drive, passion and intelligence to transform the future of humanity as we know it utilizing renewable energy.  Her strength and ingenuity allowed her to contest the disappointing fall-out rate of women in STEM and acts as an ambassador of inspiration to young women around the world.

Whether you are a solar energy company, budding philanthropist or VC/angel investor, I encourage you to check out www.sunsaluter.com and lend your support to a company that is fostering economic progress by bringing solar energy to the developing world and providing entrepreneurial opportunities to individuals in these countries at the same time.