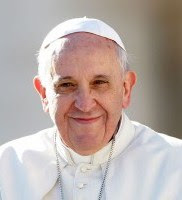 The Pope wow'ed just about everyone this week with some very stark comments on the responsibility of humanity to be stewards of the planet, and the reality that...and I quote, "The Earth, our home, is beginning to look more and more like an immense pile of filth."  Here is some news coverage of the comments from CNN, and from the Economist if you are interested.

This is very significant for at least three main reasons.  First, the Pope is the official spiritual leader of 1.2 BILLION people.  That means his comments have a direct communication waterfall to an aggregate number of people which basically challenges the population of the largest country in the world.

Second, the deeply religious people of the world tend not to be in the same groups as those already deeply concerned and on the front lines of climate change.  Traditionally, there has not been a lot of overlap in Venn Diagram of the deeply religious and the deeply environmentally conscious.  Put another way, this is a 1.2 billion person audience for which most have not "seen the movie" when it comes to climate change.  These are "fresh minds" when it comes to the conversation and global coordination that will be needed to work against it.  These are new voices to the table... and perhaps upwards of 1 BILLION new voices.

Lastly, even if you are not Catholic, the Pope has historically been a very powerful global voice which was usually to the "right" of the political conversation on a topic.  Well, consider that expectation SERIOUSLY disrupted, at least on the environment / climate change.  The starting shortstop from the away team just sauntered on over and sat at our bench?!? You Go POPE!  Now lets play ball!
Posted by Adam P. at 10:41 PM No comments:

Fisker Automotive IS BACK, engineering in the OC with Moreno Valley manufacturing plans

Back in Feb, 2014 it looked as if the Orange County, CA presence of well know luxury hybrid car designer and manufacturer Fisker Automotive was all but done.  The distressed assets of the OC headquartered firm were sold to the Chinese firm Wanxiang for $149 million in a bidding war, leaving the future of the firm uncertain despite a renewed interest in luxury electric / hybrid performance vehicles clearly lead by Tesla's Model S.

But it appears things have been happening at Fisker and this week came some big news for the company, Orange County and SoCal in general.  It looks like the OC may have its hybrid car company back?!

As announced in several OC news outlets this week, including this in the OC Register, the company has a new headquarters in Costa Mesa with 200 employees.  A quick check of the careers portion of the Fisker website shows an additional 122 open positions.  It looks like the company is preparing for a major presence again in the heart of Orange County, CA.

In addition, the company announced intentions to open a Moreno Valley, CA manufacturing plant, it what seems to be a not-to-subtle copy of the Engineering in Palo Alto / Manufacturing in Fremont set up of Tesla in NorCal.

A few years ago if you would've predicted anyone would be manufacturing cars in SoCal or NorCal you would have been chased out of town with a 10 foot clown pole!  Now it seems things are lining up to have the two "coolest" + "greenest" car companies on the planet lined up to have engineering and manufacturing in the Golden State.

It will be interesting to see how the Fisker Automotive 2.0 plans develop.  The large, established balance sheet of Wanxiang standing behind the firm does bode well for any plans announced publicly, so this will be one to keep an eye on!
Posted by Adam P. at 9:49 PM No comments: 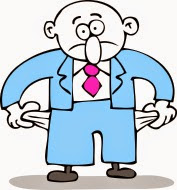 If you don't work in the renewable energy industry, it would be normal to think that the companies making the meat and potatoes of solar, like PV modules, would be raking the cash at the moment.  Renewable energy, especially PV solar in rooftops / commercial industrial and utility, continues to grow at an impressive clip.  This is doubly true given the ITC expiration at the end of 2016, so developers and customers alike are rushing to get their solar projects in the ground to capture the ITC benefits.

But this simply is not the case.  In fact, the world's second largest module seller of 2014, Yingli, announced recently as part of their annual report that their ability to continue operations given their current financials is in serious jeopardy.  They lost over $200 million last year alone, the third straight year of losses for the firm.

For perspective, lets glance at the financials of the world's largest module seller, Trina.  The Q4 2014 net income at Trina on $700 million in revenue was $10 million dollars, a whopping 1.5%.  So basically a run-of-the-mill CD has a better return than owning a solar module company for a lot less work.  So while Trina is "profitable", it is barely profitable and a quick move in the market for modules could very easily destroy the business model and therefore the business.

Solar module companies are what I call the "working poor" of renewable energy.  They all make nearly the same identical product (except First Solar, and to a certain degree SunPower) and then they all race to the bottom on price.  Another way to think of it, they represent the guy who has a high paying job, a fancy car, but also the alimony, child support, home equity loan and all the other financial obligations which leave him virtually living paycheck to paycheck.  His cash flow is, well, less than ideal.

Its all part of the fundamental problem in making and selling products which ultimately generate a commodity, energy, is that the product itself is commoditized.  This has happened in solar modules, it just recently happen in solar electronics (DC optimizers, inverters, ect), and it will happen in energy storage.  For the consumer (and perhaps the planet) this is all good stuff.  It is driving the price of renewable energy down, which widens market opportunities and speeds adoption.  But for the lowly product company, it is tough tough business.

So do me a favor, next time you talk with you friendly neighborhood solar product company employee, give them a big hug, tell them its going to be OK and that the solar installer business is going great and will likely only get better between here at 2050.. so they'll always have a home ... on the roof at least!
Posted by Adam P. at 10:01 PM No comments: