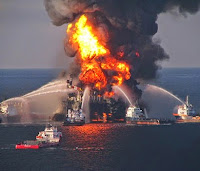 Less than a year ago in July, 2015 SunEdison was a wall street darling.  Trading at $31 / share and worth $8 Billion, what a difference 9 months makes.  Today the embattled, deeply debt laden and deeply misguided solar developer / manufacturer filed for Chapter 11 bankruptcy protection as covered by many major news outlets.

The stock sits as a market cap of $0.115 billion, an erosion of about $28 million / day since last July.  Just to put this in context, Solyndra lost (the tax payers albeit) $535 million, so the collapse of SunEdison is basically 16x Solyndras in size.

It seems that "work capital" was secured in order to keep operations moving during this period, but in all likelihood the "new" SunEdison will be a much smaller, less abitious enterprise after emerging from restructing, which could take a very long time.

All in all, this is another black eye for the solar business that it doesn't really need.  With the ITC extension in December, it seems to always be two steps forward, one step back for the solar business.  On the other hand, companies which relied less on Financial Engineering to pump their value are still doing quite well in solar for the foreseeable future.